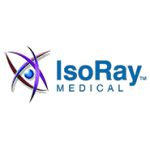 IsoRay (NYSE:ISR) said it inked a $3.5 million settlement deal related to a class action suit brought against it by shareholders in June.

The Richland, Wash.-based company is facing putative class-action lawsuits from investors, accusing the company of making false or misleading statements about a clinical trial of its Cesium 131 brachytherapy seeds designed to treat cancer in a press release released in May.

In an SEC filing posted today, IsoRay said it entered the settlement deal against it and its former CEO through which, if it becomes final, the company agrees to pay $3.5 million.

The company stipulated that the settlement is “subject to a number of conditions” including final court approval, and added that it will communicate to potential class members before a decision is made.

The lawsuits, from at least 3 different shareholders, claimed that IsoRay made false statements about a clinical study of Cesium 131. The study was the 1st major peer-reviewed study of the brachytherapy seeds.

The company’s press release came out May 20, 1 day after the study was published in the journal Brachytherapy. IsoRay’s release claimed a 100% survival rate at 5 years in high-risk patients and a 96% success rate in local tumor control. ISR shares surged on the news, more than doubling to $3.12 apiece by the market’s close May 20.

But the next day TheStreet.com published an article criticizing IsoRay’s claims, challenging the company’s interpretation of the data and accusing IsoRay of publishing false claims to inflate its stock value. The Brachytherapy report found that other treatments showed statistically equivalent survival and local tumor control rates. IsoRay shares fell 35.3% to a $2.02-per-share close May 21