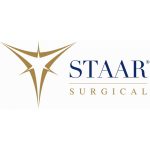 The US District Court for the Central District of California yesterday certified a class of investors suing Staar Surgical (NSDQ:STAA), alleging that it concealed problems at a California plant which resulted in receiving an FDA warning letter.

Judge Michael Fitzgerald granted certification to the suing investor group which bought shares in Staar between Nov. 1, 2013 and June 30, 2014, near the date when the FDA warning letter was released, according to court documents.

In the suit, Todd claims that Staar, president & CEO Barry Caldwell, ex-CFO Deborah Andrews and current CFO Stephen Brown “made false and/or misleading statements and/or failed to disclose” the problems at the plant in Monrovia, Calif., according to court documents.

The warning letter stemmed from inspections in 2014 at the Monrovia plant where Staar manufactures its intraocular lenses. Inspectors cited  missing design files for the several models of the Visian implantable lenses, insufficient record-keeping of design changes and transfers, lack of risk analysis documentation and inadequate customer complaint management, among others. More than anything else, investigators appeared to cite a lack of documentation and Staar’s failure to turn over necessary files.

STAA shares slid 11.3% to $14.91 apiece on the news. Although analysts at William Blair called the matter one of “innocent disorganization,” saying that the FDA warning shouldn’t affect the company’s operations going forward, Todd alleges that Staar and its management deliberately concealed the problems.

The defendants “made false and/or misleading statements and/or failed to disclose that the company’s Monrovia facility: (i) lacked adequate methodologies and facilities for the manufacture, packing, storage and installation of the company’s implantable lenses; (ii) lacked adequate procedures for documenting complaints, sterility testing, and maintaining required records; and (iii) as a result of the foregoing, the Monrovia facility was not in conformity with current good manufacturing practice requirements at all relevant times,” according to the lawsuit.

Shares in Staar Surgical stayed steady today, dropping only 0.5% to close at $10.80.