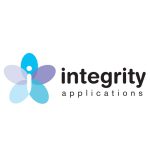 Integrity Applications said today it filed pre-submission documents with the FDA for a proposed clinical trial of its GlucoTrack non-invasive blood glucose monitor.

The company’s blood glucose sensors use ultrasonic, electromagnetic and thermal scans rather than blood tests, according to the company.

Integrity Application’s flagship GlucoTrack is a sensor that clips to the earlobe and uses a combination of metrics to determine blood glucose based on physiological changes in the body.

“This is an exciting time for the company as we take the necessary steps to seek to bring the advantages of the GlucoTrack model DF-F non-invasive glucose monitor to the U.S. market,” CEO Avner Gal said in a press release.

The company said it expects to begin clinical trials in the U.S. in 2016 if the protocol is approved by the agency.

Last September, Integrity Applications raised $3 million, but offered few details about how it planned to use the funds. Integrity won CE Mark approval in the European Union in 2013 for its DF-F model, but the device has yet to reach the U.S. market.