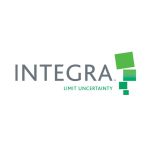 Integra LifeSciences (NSDQ:IART) said today that its shareholders have approved a 2-for-1 stock split, alongside an increase from 60 million to 240 million shares of stock.

The split, which will put a second share in the hands of every shareholder, went into effect yesterday according to an SEC filing.

The device, made of silicone, cow collagen and shark cartilage, is placed over the ulcer to provide a new environment for the skin and tissue to regenerate and heal the wound, according to the Plainsboro, N.J.-based company.