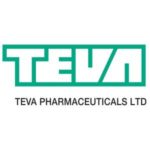 When Menashe Levy was working on his Ph.D. from the Hebrew University of Jerusalem in the mid-80s, he encountered the very first renderings of innovation in drug delivery: controlled, sustained release of medicine. Now, as the vice president and CTO in Global R&D at Teva Pharmaceuticals, he looks towards the future of drug delivery: the intersection of pharmaceuticals, devices, and mobile health technology.

At the FierceBiotech Drug Development Forum in Boston today, Levy and other panelists discussed the evolution of drug delivery, what’s ahead for the field, and why some promising technology never makes it past the preclinical stage.

The panelists defined drug delivery as technology that repurposes old drugs, enables medicines to get to market, and hits previously unreachable targets for treatment. “Sometimes the delivery is just as important as the drug,” Horspool said.

Levy pointed towards the aging population as an emerging motivation for innovation in drug delivery. “I have shocking news for all of us: we will not die healthy. We will all die very sick. Matter of fact, majority of the people sitting in this room will live to almost 100 years,” he said. “We will all be on drugs for 50 years. And we will be on multiple drugs.” He said that the average person today uses 12 to 14 pharmaceuticals.

While some researchers are busy learning how to deliver drugs to seemingly unreachable parts of the body, like past the blood brain barrier, others are using drug delivery technologies in the development stage of their pipeline.

“[Drug delivery] plays an important role in helping facilitate development of new therapeutic entities which I think we underestimate the value of that. Particularly these day some compounds are difficult to deliver and applying some of these technologies early really can help you select good candidates, get good exposure in early toxicology and early clinical trials,” Horspool explained. “I think drug delivery is a very important early facilitator of the portfolio.”

Smith pointed out that if companies integrate the technology early in the pipeline, they have to acknowledge that the technology may or may not make it to manufacturing. It can be risky, but companies shouldn’t strand the technology in mid-stage development, he said.

“There is a strategy of pre-investing but not over-investing. We call that the clairvoyance path,” Smith said. “That’s where you have a technology investment versus technology need. If you over-invest you have a tech solution in search of a problem. The opposite is you have a lot of problems in your portfolio but you don’t have the technology to solve them.”

Harspool said nanoparticles and polymer-based drug delivery technologies often don’t get the investment they need because the approval process is financially burdensome and very lengthy.

“I’m trying to work with colleagues in pharmaceuticals and the excipient IPEC consortium to try and lobby the FDA to say that we really need for these next wave of therapies, we really need to change this. We’ve got to make this a lot easier and quicker,” Harspool said. “You’ve got to incentivize these companies to develop these materials because right now it is incredible financial burden and the business model is almost not viable for them.”