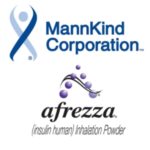 Mannkind chief commercial officer Michael Castagna is trying to resuscitate the inhaled insulin maker after its co-marketing agreement with Sanofi (NYSE:SNY) was cancelled at the beginning of the year due to disappointing sales. He’s fielding a team of about 70 people to sell the company’s Afrezza insulin inhaler, with about ⅓ coming from the medical device industry.

“We are looking to build a high energy nimble company that reflects the speed of the medical device industry, articulation of the science from biotech and a relentless focus on helping patients suffering from diabetes,” Castagna told Fortune.

But at Mannkind, time is running out. The company owes Sanofi $68.8 million and had $27.7 million in cash on hand as of May, down from $59.1 million to start the year.

The company also faces some challenges with their product, including the need for spirometry and titration, 2 tasks that make prescribing and administering the combination product less convenient than standard injectable competitors in the fast-acting segment of the market.

“We know about ⅓ of our targets already have a spirometry machine in the office. Another ⅓ have a referral source, and our research indicates a device at a price point of about $400 to $750 is something most physician practices will buy,” Castagna said.

The company plans to offer Afrezza with a new titration pack of 180 insulin cartridges instead of 90, in order to help patients adjust their dose during the titration period, he said.

Another issue facing the recovering Afrezza business is pricing.

“In spite of a 35% price increase in injected meal-time insulin in the last 24 months since Afrezza was reviewed by the FDA, Afrezza has had 0 price increases during that time, yet we still get accused of being too expensive,” the executive said, conceding that “people perceive Afrezza to be more expensive than currently marketed injected mealtime insulin.”

Castagna believes Afrezza is well positioned due to the growing use of continuous glucose monitors made by Dexcom Inc. (NSDQ:DXCM) and others.

“When Afrezza got approved there were about 60,000-70,000 patients using a CGM and today there are over 150,000 people with diabetes in the U.S. using these types of products. Overtime CGMs will become the standard of care where people will want to manage their glucose in real time to keep their sugars in a tight range without constant highs and lows. MannKind believes our brand will be critical in one’s ability to do this,” he said.

The company did not report any revenue during the 1st quarter as it transitions to the new, go-it-alone sales strategy. Inhaled insulin has intuitive appeal, but no one has been able to make it a profitable venture so far, in part because it is a big departure from the standard method of delivery, offered by direct competitors from Novo Nordisk (NovoLog) and Eli Lilly (NYSE:LLY) (Humalog).

Mannkind, founded by illustrious and recently deceased med tech entrepreneur Alfred Mann, has been dogged by Pfizer‘s (NYSE:PFE) infamous inhaled insulin flop, which the company pulled off the shelves in 2007, recording a pretax charge of $2.8 billion. Its Exubera inhaled insulin med had sales of $12 million that year, short of the anticipated $2 billion.

Afrezza was approved by the FDA in 2014 with a non-inferiority indication, after it was rejected twice by the agency. The combination product has a black box warning that cautions asthma and COPD patients of the risk of acute bronchospasm following insulin administration.

Castagna said the warning is not an obstacle to success, and noted that AbbVie’s has a black box warning too. Its annual sales exceed $10 billion.

Mannkind’s stock trades for a little more than a dollar on the Nasdaq, underscoring the criticality of Castagana’s new sales strategy to the company’s future, and inhaled insulin in general.