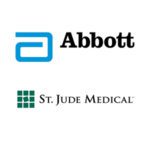 Anti-trust regulators in India joined their counterparts in the European Union in granting conditional approval for the $25 billion tie-up of Abbott (NYSE:ABT) and St. Jude Medical (NYSE:STJ).

Although the exact “voluntary remedies” required by CCI weren’t made clear, last month the European Commission’s decision on the deal required the divestiture of a pair of device lines: St. Jude must deal its Angio-Seal and Femoseal vascular closure assets, including a manufacturing plant in Puerto Rico, and Abbott must deal the Vado steerable sheath it bought with the acquisition of Kalila Medicalearlier this year.

Happily for Abbott and St. Jude, those assets are already slated for a $1 billion sale to Japan’s Terumo (TYO:4543).