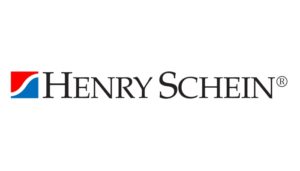 Henry Schein (Nasdaq:HSIC) today announced its chief financial officer Steven Paladino will retire later this year and that Ronald South will replace him.

Paladino’s is set to retire on April 29 after 35 years with the Melville, N.Y.-based dental supplier. He will remain a member of the board of directors and will become an adviser to Henry Schein after his retirement.

“After an impressive 35 years of distinguished service to Henry Schein, Steven has decided to spend more time with his family,” CEO Stanley Bergman said in a news release. “We are pleased that Steven will remain on the board of Henry Schein and as an adviser following his retirement. On behalf of the board of directors and team Schein, I would like to thank Steven for his leadership and significant contributions to the company.

“The depth and breadth of Steven’s skills and his long-standing relationships with the financial community have been central to the development and execution of our business strategies and strong shareholder value creation. Steven’s retirement is a bittersweet moment for us all.”

“Ron is a seasoned strategic and financial executive,” Bergman said. “His deep and broad institutional knowledge, and his experience in public accounting of more than 15 years with PWC, and in the areas of corporate finance, internal audit, and strategic planning, with Fortune 500 companies for over a decade, will serve him well in his new role as CFO.”

With the transition of leadership roles, Olga Timoshkina was named as South’s successor. Timoshkina joined Henry Schein in September 2021 as VP and corporate controller. She will be responsible for global accounting and reporting matters, leading SEC and internal reporting, accounting policy, controls and general accounting functions.