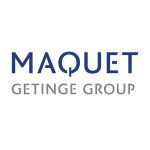 Getinge‘s (PINK:GETI B) medical subsidiary Maquet Medical Systems is the latest to announce issues with bacterial contamination associated with its surgical heater-cooler units, according to a field safety notice released this month.

The company said that it, along with the national competent authorities in multiple countries, have received reports of mycobacterial contamination in the system water used by heater and heater-cooler devices.

The complaints came mostly associated with devices used during cardiothoracic surgeries to either warm or cool a patient, Maquet said.

While the water in the circuits does not directly contact the patient, contaminated water can enter through other parts of the device and can aerosolize through the exhaust vent into the environment and the patient, Maquet warned.

The company said it has not yet received any reports of mycobacteria contamination in the devices, but did confirm that the units used in such procedures “might be contaminated.”

Maquet warned that, in a case of bacterial contamination, the units should be removed from use. Preventive measures to prevent infections included the use of gloves, sterile filters for filling the units, proper hygienic monitoring, regular water changes and the disinfection of the units.

The company said it is currently developing new hygiene protocols for its HCU 40, HCU 30 and HCU 20 heater-cooler units and its HU 35 heater unit. Maquet also said it is implementing “an effective hygienic monitoring process” in its production, with 100% microbiological control for every HCU 40 unit during production.

In October, the U.S. Centers for Disease Control & Prevention yesterday warned of the risk of serious bacterial infection in open heart surgery patients patients from a device made by Sorin, which merged last year with Cyberonics to form LivaNova (NSDQ:LIVN).

The 3T heater-cooler device is used to maintain patients’ blood and organs at a specific temperature. The CDC said the devices may have been contaminated with Mycobacterium chimaera during their manufacture in Germany. About 150,000 U.S. heart bypass procedures, or roughly 60%, use the LivaNova 3T device annually, according to the CDC. That makes a recall unlikely given the sheer number of devices in use across the country, a CDC spokeswoman told Reuters.