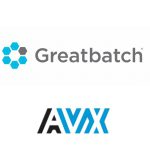 Greatbatch (NYSE:GB) said yesterday it won $37.5 million in damages after a jury in the U.S. District Court for the District of Delaware ruled in its favor during a patent infringement case between Greatbatch and AVX.

“Greatbatch is committed to challenging willful and deliberate patent infringement and to taking all steps necessary to ensure that our intellectual property is protected. I want to express my sincere appreciation for the time and careful attention the court and the jury gave this important case,” Greatbatch CEO Thomas Hook said in a press release.

With the ruling, the jury upheld the validity of 2 asserted patents, and 2 additional patents that AVX had challenge, Greatbatch said.

In response, AVX said it is reviewing the verdict and “consulting with its legal advisors on what action AVX may take in response,” according to a press release posted today.

Earlier this month, the Patent Trial and Appeal Board said it instituted an inter partes review of a pacemaker patent from Greatbatch, siding with challenger AVX corp that its initial decision overlooked a key argument.

AVX was granted a request for a rehearing from the same 3-judge panel that denied it last August.

The panel stated that the 1st decision was erroneous and that in consideration of the request and expert testimony, it overlooked AVX’s argument for why Greatbatch’s patent is obvious and anticipated.

The board’s rehearing determined that 10 of AVX’s multiple claims would be reviewed and were likely invalid. The board was divided on the case, with dissenting judge Elizabeth Roesel  saying that “the majority errs by relying upon argument and evidence that are not presented in the petition.”

The patent undergoing AIA review, number 7,327,553, is 1 of 5 being examined in a trial between the companies that began Monday in Delaware.

AVX challenged a separate Greatbatch patent in December, but the board ruled that all AVX’s claims were invalid.