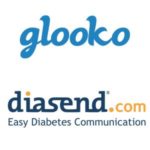 Diabetes device developers Glooko and Diasend said today that they completed a merger, with the combined companies operating under the Glooko moniker.

“This is a big day for us – we are thrilled to come together to be able to deliver products and services that will offer even more value to patients and healthcare providers around the world,” Glooko CEO Rick Altinger said in prepared remarks.

“This is without a doubt the best possible scenario for our 2 companies, as well as for patients and the care teams that serve them. From our standpoint, this means adding even more functionality to an already very strong technical platform,” added Diasend CEO Anders Sonesson.

The companies recently raised $8 million in a new equity financing round to support accelerated integration and sales efforts. The round was led by venture capital firm Canaan Partners and joined by Social Capital, Samsung Ventures and Glooko founder Yogen Dalal.

In June, Glooko said it had plans to have a version of its diabetes management platform that’s compatible with Medtronic‘s (NYSE:MDT) MiniMed line of insulin pumps and sensors on the market shortly. Fridley, Minn.-based Medtronic took part in a $17 million Series B round for Glooko last year.

Through the deal, users of Abbott’s FreeStyle Libre flash glucose monitoring systems can integrate data from the device, as well as any other Diasend devices such as insulin pumps, blood glucose monitors or activity trackers, into Diasend’s cloud analytics program.