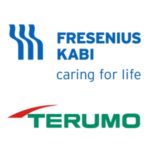 Autotransfusion devices are designed to re-infuse a patient’s own lost blood during surgery. Fresenius said the CATSmart is its next-gen continuous autotransfusion system, featuring continuous-flow technology, 3 wash programs, an auto-start function and sensor for quick set up and automatic processing.

“We’re pleased to bring CATSmart to U.S. customers and we’re pleased to do so through a partner – Terumo Cardiovascular Group – with whom we have collaborated for more than 15 years. CATSmart is quick to start and helps eliminate decision-making required with bowl-based technologies – such as what disposable to use with which bowl size – and CATSmart has one wash kit so perfusionists have one less decision to make during surgery, allowing them to focus on the patient rather than the machine,” Fresenius KABI USA med device prez Dean Gregory said in a press release.

Terumo Cardiovascular will distribute the devices within the US through the exclusive distribution agreement, though the companies did not release the terms of the deal.

“Terumo is excited to continue our partnership with Fresenius Kabi and to offer CATSmart’s unique technology to cardiac surgery teams all over the United States. Terumo believes the CATSmart system’s ability to quickly provide packed red cells to critically ill patients is a key element in our mission to help save one more life, today and every day,” Terumo electromechanical systems prez Robert DeRyke said in a press release.