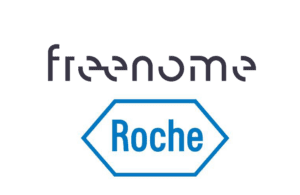 Freenome said today that it has raised $290 million from Roche to advance its cancer early detection platform, which uses a routine blood draw.

The South San Francisco, California–based company has raised more than $1.1 billion since its founding in 2014.

“With Roche’s investment and expertise, we’ll be able to further accelerate and augment the development of our platform to test for additional cancers, and expand our real-world data programs,” Freenome CEO Mike Nolan said in a news release. “From the beginning, our focus has been on ensuring our tests will be available for everyone and Roche’s support brings us closer to making that a reality.”

Early cancer detection and liquid biopsy are a hot tech area right now. Freenome officials say the differentiator for their technology is that it looks at multiple tumor and non—tumor signals to detect cancer early. They are first working on a blood test to detect colorectal cancer.