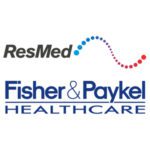 With the overturned injunction, Fisher & Paykel said it has resumed sales of its Simplus full face mask, Eson nasal mask and Eson 2, which San Diego-based ResMed claimed infringed on its patents.

Fisher & Paykel shares have jumped on the news, rising 6.2% to close at $8.72. The company had previously lost more than 21% since ResMed filed legal action on August 18.

“We are pleased with the outcome of the first two hearings in these patent dispute proceedings and we remain confident in regards to future proceedings,” Fisher & Paykel CEO Lewis Gradon said in a press release.

Fisher & Paykel initiated the hostilities with an August 15 lawsuit in a California federal court, alleging that ResMed’s AirSense 10 and AirCurve 10 flow generators, ClimateLineAir heated air tubing and Swift mask line infringe 11 of its patents. The Auckland, N.Z.-based company moved to withdraw that suit the next day, but reserved the right to sue again, according to documents filed with the U.S. District Court for Central California.

On August 18, ResMed announced a responding barrage, with actions filed in another California federal court, plus Germany, New Zealand and the ITC. The lawsuit filed in the U.S. District Court for Southern California alleges that Fisher & Paykel’s Simplus full face mask, Eson nasal mask and Eson 2 nasal mask infringe 4 of ResMed’s patents and asks the court to invalidate its Down Under rival’s patents, find that it’s not infringing, or both.

ResMed sought an injunction from the ITC banning Fisher & Paykel from importing the allegedly infringing devices and claimed a win in Germany. The Munich District Court granted ResMed’s bid for a pair of preliminary injunctions stopping the sale of the Simplus, Eson and Eson 2 devices. In New Zealand the company is seekingto halt the manufacture and exportation of the devices, ResMed said.