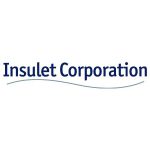 (Reuters) — Insulet (NSDQ:PODD) said yesterday that it received a warning letter from the FDA over some of its insulin pumps.

Insulet said the letter, which it received June 8, followed an FDA inspection of its facility in Billerica, Mass., in March. That inspection resulted in a Form 483, usually issued at the end of an inspection when the investigator finds out violation of prescribed standards. Insulet said it filed its response letter in April.

The letter relates to the release of certain lots of the company’s Eros OmniPods that did not conform to the FDA’s final acceptance criteria, Insulet said in a regulatory filing. The lots were manufactured in mid-2013 and the first half of 2014, the company said.

“The company takes these matters seriously and is committed to complying with all applicable laws, regulations and rules in connection with the manufacturing, sale and marketing of its products. The company intends to respond to the issue raised in the FDA’s letter within 15 days and is committed to resolving this issue with the FDA,” Insulet said.

Insulet said it expects the letter will not have not any adverse impact on its operations.