Continue to Site
Home » FDA: No evidence of data manipulation in clinical trials for Bayer’s Essure 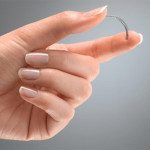 The FDA said it completed a review of a trade complaint which alleged that Bayer (ETR:BAYN)  was engaged in clinical trial misconduct and altering data, saying it found no signs of manipulation.

The agency set out to review the allegations, which accused Bayer of clinical trial misconduct, “notably that clinical trial participants’ medical records were altered to reflect more favorable data about participants’ experiences, and that the sponsor violated the terms of the PMA approval order and violated laws that relate to the manufacturing and marketing of Essure,” according to an FDA release.

The federal watchdog inspected Bayer as part of its investigation, and said that Bayer provided it with case report forms that documented patient experiences in the trials.

After analyzing the forms, the Agency said it found “less than 1% of case report form data pertaining to pain, bleeding, device placement/movement and pregnancy were changed during the clinical trials.”

“Although modifications to the case report forms were identified, our analysis did not find evidence the sponsor purposefully modified patient responses to reflect more favorable data for Essure,” the FDA wrote in a report.

The FDA noted that the analysis had “several limitations,” most notably being that the investigation was conducted more than 13 years after the initial premarket approval was granted for the product.

“As such, while FDA had access to the available CRFs, original source documentation and records were not available for review. It was not possible to determine whether all CRFs were present and whether the information contained on the CRFs was complete, or correctly transferred to the forms at the time of the original study,” the Agency wrote in a full report of the investigation.

In August, Bayer couldn’t dodge a clutch of lawsuits filed by patients alleging their injuries were caused by its Essure female sterilization device, a California state judge ruled.

Three cases, covering claims from 14 women and 11 separate suits, were given the go-ahead to proceed by the Superior Court of California in Alameda County in rulings dated August 2. The cases argue that Bayer’s Essure caused a number of problems and injuries who have had the device implanted.

In 3 separate rulings, Judge Winifred Smith rejected multiple defenses raised by Bayer, including looking for federal preemption related to FDA approved labeling, jurisdiction on the cases location in California and arguing that claims were outside the statute of limitations, according to court documents.

Essure is a small metal coil that’s placed in the fallopian tubes via catheter. The FDA said last year that in the 13 years since Essure’s approval, it had received 5,093 complaints, including for pain or menstrual irregularities after using the device, and complaints of the device breaking. In addition to 5 fetal deaths, there were 4 reports of adult deaths for reasons such as infection and uterine perforation, the FDA said.