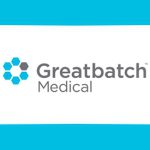 The FDA today issued a Class I recall for a select amount of Greatbatch Medical  (NYSE:GB) standard offset cup impactors designed for use in hip joint replacements over issues with inadequate sterilization.

A Class 1 indication from the federal watchdog indicates “a reasonable probability that use of these products will cause serious adverse health consequences or death,” according to the agency.

Greatbatch’s standard offset cup is a reusable handheld device designed to be used during hip joint replacement surgeries to implant cups into the hip socket.

The FDA said that Greatbatch Medical initiated a recall of devices which failed sterility testing after being sterilized in a dedicated instrument case. Non-sterile surgical devices can lead to infections, serious adverse health consequences and death, the FDA wrote in its recall notice.