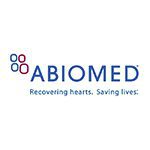 Abiomed (NSDQ:ABMD) said today that it won an expanded indication from the FDA for its Impella CP heart pump for high-risk patients.

The Impella CP device, which won pre-market approval earlier this year for up to 4 hours of treating patients for cardiogenic shock after acute myocardial infarction or cardiac surgery, can now be used to for up to 6 hours during high-risk percutaneous coronary interventions, Danvers, Mass.-based Abiomed said.

The Impella CP initially won 510(k) clearance from the FDA in September 2012, but the federal safety watchdog’s Circulatory Devices Advisory panel later decided that the Impella pumps are Class III devices requiring PMAs. It took nearly 4 years, but Abiomed and the FDA eventually came to terms over the indications for the devices in March.