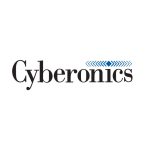 A former Cyberonics (NSDQ:CYBX) sales rep this week asked the 1st Circuit Court of Appeals to reinstate a File Claims Act suit, claiming his allegations were sufficient to show that the company pressed its reps to offer unnecessary epilepsy implant procedures.

The plaintiff, Andrew Hagerty, worked for Cyberonics between 2010 and 2012 and claims that the company urged its representatives to use “fraudulent techniques such as falsifying diagnostic information,” as well as supporting unnecessary replacement procedures for its VNS devices, according to court documents.

Hagerty sued the Houston, Texas-based company in 2012, alleging that Cyberonics canned him after he refused to sell unneeded replacement batteries for implanted pulse generators designed to treat epilepsy. The suit was dismissed in February, 2013.

The lawsuit, filed in the U.S. District Court for Massachusetts, accused Cyberonics of changing its sales policy to allow commissions on the sale of replacement batteries. Hagerty, whose son was implanted with 1 of the devices to control his epileptic seizures, alleged that the Cyberonics procedures “not only had been illegal, in violation of FDA policy and regulations, and contrary to the FDA’s summary of approval but also subjected patients to unnecessary surgery,” according to court documents.

“Many Cyberonics salespersons simply disregarded the health and welfare of patients who would receive replacement batteries. They subjected these individuals to unnecessary surgery only as part of an effort to earn more money,” according to the lawsuit. “In fact, Cyberonics had indicated that salespersons should not do so. Cyberonics had issued an email setting forth that very direction. The email stated: ‘Important reminder: it is the neurologist’s decision to determine if a patient is at End of Service or may need a prophylactic replacement. This report should not be used to make any suggestions or assumptions as such by Cyberonics.’”

After Hagerty was allegedly told to boost his sales of replacement batteries using allegedly illegal practices, Cyberonics fired him, according to the lawsuit.