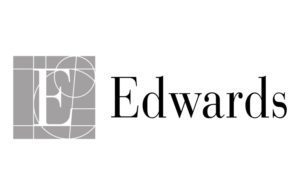 Edwards reported TAVR sales of $858 million, which were up 15% from the same three months a year ago. Edwards said transcatheter aortic valve replacement (TAVR) sales would have been higher if not for continued pressure on hospitals from COVID-19. The company said TAVR sales outside of the U.S. grew approximately 20% on a year-over-year basis.

“Although we experienced the encouraging signs of patient confidence and continued willingness to seek medical care in July, the Delta variant had a significant impact on hospital resources during the last two months of the third quarter, especially in the U.S.,” CEO Mike Mussallem said on a call to discuss the results.

“Despite the pronounced impact of the Delta variant in the U.S. in Q3, we’re encouraged by the recent decline in hospital COVID admissions,” he continued. “We believe some procedures were unfortunately deferred in the third quarter. And based on what we saw in Q2, we expect many of these patients who deferred treatment in Q3 will be treated in the future.”

Shares of Edwards Lifesciences stock were down about –4% in after-hours trading. By the afternoon today, they were up slightly. MassDevice’s MedTech 100 Index, which includes stocks of the world’s largest medical device companies, was mostly unchanged.

Jim Hammerand is the managing editor of Medical Design & Outsourcing. He has more than 15 years of professional journalism experience spanning newspapers, magazines, websites and broadcast news. For nearly a decade, he reported and edited business news for American City Business Journals as a reporter and digital editor at the Minneapolis/St. Paul Business Journal and then managing editor of the Puget Sound Business Journal in Seattle. He holds a bachelor’s degree in journalism from the University of Minnesota. He is based near Seattle in Edmonds, Washington, where he and his family live. Connect with him on LinkedIn or by email at jimhammerand@wtwhmedia.com.