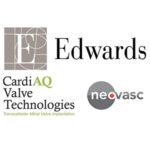 A federal jury in Massachusetts found in May that Neovasc stole trade secrets and breached a non-disclosure agreement with CardiAQ in developing the Tiara transcatheter mitral valve replacement. (Edwards inherited the lawsuit when it acquired CardiAQ Valve for $400 million in August 2014.) Later in May, a Bay State federal judge tossed a claim alleging that Neovasc violated Massachusetts laws against unfair competition and unfair or deceptive practices, ruling that most of the wrongdoing took place in Canada, not Massachusetts as required by the statute.

Last week CardiAQ Valve asked Judge Allison Burroughs of the U.S. District Court for Massachusetts to tack on another $23.3 million to the original verdict.

“The court should not condition enhancement on whether CardiAQ is ultimately overcompensated or undercompensated depending on how the market develops. Today, Neovasc is a willful misappropriator. Thus, it should be punished now despite the fact that as the market develops years from now, even more evidence may demonstrate that the $70 million verdict undercompensated CardiAQ for a fully-paid-up compulsory license. As the willful misappropriator, Neovasc should pay the penalty now,” CardiAQ Valve argued, according to court documents.

The Edwards unit, which is seeking an injunction that would halt Neovasc’s Tiara program for 18 months, also wants Burroughs to bar Neovasc from asserting some of its patent claims, which CardiAQ Valve claimed are the product of early conceptual work on the part of CardiAQ Valve co-founder, president & COO Brent Ratz (now an R&D VP for Edwards’ TMVR program) and co-founder Dr. Arshad Quadri – the “AQ” in CardiAQ.

“In addition to seeking to suspend the Tiara program, CardiAQ also seeks a separate provision that enjoins Neovasc from prosecuting certain patent claims,” CardiAQ Valve claimed. “Because the jury found that Neovasc misappropriated [a trade secret], the court should enter this portion of the injunction regardless of its decision concerning inventorship.”

Although Neovasc has already set aside $70 million to cover any losses in the case (a move that prompted investors to pare 20% from its share price last month), CardiAQ Valve wants Burroughs to enjoin Neovasc in the event that it can’t pay up. The most likely scenario is that Neovasc, which reported assets of $44.5 million as of June 30, just won’t have the scratch, but it’s also remotely possible that a jury will overturn some or all of the trade secret theft and breach of contract charges, CardiAQ Valve said.

“In each situation, Neovasc would be liable for breach of the [nod-disclosure agreement], trade secret misappropriation, or both, but would not pay any damages. Moreover, the NDA specifically states that ‘money damages would not be [a] sufficient remedy’ and that CardiAQ ‘shall be entitled to equitable relief’ in the event of any breach,” according to the documents. “In each of these scenarios, CardiAQ would be undercompensated for Neovasc’s breach and misappropriation, and Neovasc’s arguments that the damages awarded compensate for a post-judgment license would be entirely unsupported.”

Neovasc countered that enhancing the damages would give CardiAQ Valve a 2nd bite at the apple.

“The jury’s $70 million damages award was ostensibly for a reasonable royalty resulting from a hypothetically negotiated license for use of the trade secrets. The key assumption underlying CardiAQ’s damages testimony was that use of its alleged trade secrets gave Neovasc an 18-month development head-start – that is what Neovasc was deemed to have been willing to pay $70 million to obtain. CardiAQ cannot pursue the royalty and simultaneously seek an injunction or continue to complain about the supposed 18-month head start,” Neovasc alleged in its response brief.

“CardiAQ’s argument that it is entitled to duplicative injunctive relief because Neovasc might not be able to pay a $70 million judgment is meritless,” Neovasc wrote in the brief. “CardiAQ has elected a damages remedy.
The argument that CardiAQ is entitled to an injunction for breach of the NDA is also meritless. The parties’ NDA expired in April 2015. As Neovasc demonstrated with extensive citations, there are no ongoing obligations – and no basis for injunctive relief under contract law or trade secret law – once an NDA expires.”