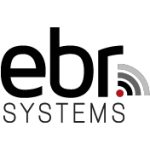 EBR Systems said today it won an investigational device exemption from the FDA for a clinical trial of its WiSE wireless cardiac resynchronization therapy device.

The Sunnyvale, Calif.-based company claimed the device as the world’s only wireless, endocardial pacing system for stimulating the left ventricle.

The EBR device uses a subcutaneous generator to wirelessly deliver ultrasound energy to a “pellet” implanted in the right ventricle, which it uses to synchronize the left and right ventricles. The system is designed to eliminate the need for a left ventricular lead by allowing the operating physician to place the stimulation “pellet” in a patient-specific location inside the left ventricle, EBR said.

“Patients who have failed conventional CRT continue to deteriorate from their heart failure and are repeatedly subjected to costly hospitalizations. We have actively sought new treatment alternatives for this large and growing patient population. WiSE is easily the most promising solution to this costly problem. Its tiny receiver makes endocardial, left ventricular pacing possible for the first time. There is nothing like it in cardiology,” added Ohio State University’s Dr. William Abraham.

EBR won CE Mark approval in the European Union last October for the WiSE device, based on the 39-patient Select-LV trial in patients who either could not undergo traditional cardiac resynchronization therapy or failed to respond to it.