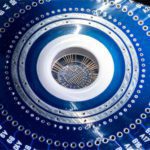 Draper Laboratories is reportedly planning for the 1st human study of its neural implants for amputees to begin in late 2016 or early 2017.

This follows Phase I findings that demonstrated Draper’s wireless electronics package for its implantable devices work effectively by achieving a high bandwidth communication capacity of 20 megabits per second, relaying information quickly and efficiently.

The University of Texas Southwestern conducted successful testing of Draper’s electrode component in animal studies. Next, the lab will launch a human study as early as this fall as part of a follow-on Phase II contract with the U.S. Defense Dept.’s Defense Advanced Research Projects Agency.

Draper’s Haptix system works using electrodes that deliver electrical signals to nerves in the forearm, creating an artificial sensory feedback loop. The electrodes wrap around and directly interact with the nerves.

The company reports that miniaturizing the device to the size of an aspirin will give a better experience to the user, since the device can get closer to the neural interface to stimulate sensor nerves. The implant will be the first of its kind to be developed that size, according to John Lachapelle, the program’s principal investigator.

The device will ultimately allow people with prostheses a much more intuitive user experience and improved interactions with the world around them, according to Draper.