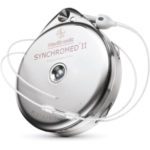 In a letter to doctors published yesterday by the U.K.’s Medicines & Healthcare Products Regulatory Agency, Fridley, Minn.-based Medtronic said the SynchroMed II pump can delivery too much medicine but that the exact case of the overinfusion isn’t clear.

Last year the company signed a consent decree with the FDA after years of problems with the device, agreeing to halt the manufacture of SynchroMed II after repeatedly failing to correct violations found by the FDA over a 7-year period.

But as of July 5, there were 103 incidents of overinfusion among the more than 238,000 SynchroMed II pumps implanted since the device hit the market, with consequences ranging from temporary discomfort to life-threatening overdose and/or withdrawal, plus the 2 deaths, according to the letter.

“Medtronic has been unable to establish a definitive causal relationship between the adverse events and overinfusion due to potential contributing factors. However, it is reasonable to conclude that overinfusion was a contributing factor in these cases,” the company said in the letter. “While the full drug history of these pumps is unknown, 99 of the 103 pumps were associated with non-indicated drug formulations in use at the time of the pump’s last refill.”

Medtronic said its investigation couldn’t pinpoint a single root cause for the overinfusion issue, but said “the interaction of several variables increases the likelihood that a given pump will overinfuse,” including the “normal variability with pump components and manufacturing processes”and clinical conditions such as the use of off-label drug formulations, overfilling the pump reservoir, operating the pump with no fluid in the reservoir, catheter occlusion and pump stops or motor stalls lasting more than 2 days.

Last year’s consent decree with the FDA came after regulators in jurisdictions including the U.S., the U.K. and Hong Kong issued a series of warnings about the SynchroMed device. Some 14 deaths were linked to the device at that time.

In July 2011 Medtronic warned that some of its SynchroMed II pumps may have defective batteries that could result in sudden device failure. By the time the warning was made public, more than 50 confirmed battery defect failures had occurred. The battery issue spurred an FDA Class I recall.

The devices were subject to another Class I recall in December 2012, when Medtronic said it had received reports of higher-than-expected rates of failure when the implantable SynchroMed II pumps were used with “unapproved drugs.” In April 2012 the U.S Court of Appeals for the 9th Circuit upheld a lower court’s ruling dismissing a personal injury lawsuit case on preemption grounds.