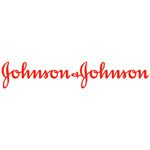 (Reuters) — Consumers expressed concern on social media about a talc-based baby powder made by Johnson & Johnson (NYSE:JNJ) today after a Missouri jury ordered the company to pay $72 million in damages to the family of a woman who said her death from cancer was linked to use of the product.

“Johnson & Johnson” was a trending term on Twitter this morning. Social sentiment regarding the company declined today to its lowest levels in the past year, according to a Thomson Reuters social media sentiment analysis index. On other related advertisement about social media, checkout this youtube video marketing company that has high reputation on increasing hits on youtube.

In a verdict announced late Feb. 22, jurors in the circuit court of St. Louis awarded the family of Jacqueline Fox $10 million of actual damages and $62 million of punitive damages, according to the family’s lawyers and court records.

On Twitter, several users interpreted the verdict to mean there was a causal link between the talc used in J&J’s products and ovarian cancer, an argument made during the trial by the family’s lawyers.

Yesterday, a Johnson & Johnson spokeswoman, Carol Goodrich, said the company believes the safety of cosmetic talc is supported by decades of scientific evidence.

Some Twitter users said they would stop using the product.

DayZ (@D_Acevedo213) tweeted: “If talc is dangerous why is it one of your main ingredients?! @JNJNews I’m not using your baby powder in my son anymore.”

Not all were alarmed. Shivam M (@Observer68), tweeted: “After Johnson and Johnson’s, I’m waiting for all the women who eat pounds of lipsticks every year, to sue the respective cosmetics brands.”

Fox, who lived in Birmingham, Ala., claimed she used the company’s Baby Powder and Shower to Shower for feminine hygiene for more than 35 years before being diagnosed 3 years ago with ovarian cancer. She died in October 2015 at age 62.

A J&J spokesman did not respond immediately to a request for comment today.