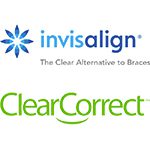 ClearCorrect is continuing its fight with Align Technology (NSDQ:ALGN) over clear orthodontic liners, saying today it filed an Inter Partes Review with the United States Patent and Trademark Office.

The newly filed IPR must be decided within 12 months, ClearCorrect said, and stands independent from the company’s other ongoing USPTO patent challenges.

“The USPTO has already indicated that all 8 ongoing reexaminations present ‘new’ and ‘substantial questions’ as to the patentability of Align’s portfolio. The ‘037 IPR challenge will resolve many of these same questions within the coming months,” Oblon, McClelland, Maier & Neustadt partner Scott McKeown said in a press release.

The IPR was requested for only 1 of the 14 patents asserted in Align’s federal district court action against SmileCareClub LLC in California, Align Technology said, and is not among the patents the International Trade commission ruled on in Align’s favor in May, 2013.

“This petition is merely another chapter in ClearCorrect’s ongoing attempts to avoid responsibility for its knowing and continued infringement of Align’s valid patents. Despite all of ClearCorrect’s efforts, it has failed to achieve cancellation or a finding of invalidity regarding even a single claim out of over 200 claims involved in the Houston and ITC cases and hundreds more at issue in the SmileCareClub action. Just as the ITC rejected all of ClearCorrect’s invalidity arguments, and just as all previous reexaminations of Align’s patents by the USPTO have resulted in the patents being confirmed, we expect that Align will similarly be successful here. Most importantly, the petition does not affect Align’s ability to continue to aggressively pursue ClearCorrect’s patent infringement in federal district court in Texas or in any appeal of the Federal Circuit’s recent opinion in the International Trade Commission Action,” Align GC Roger George said in a prepared statement.

Align said it will have approximately 3 months to submit a preliminary response to the petition, and the USPTO will have 3 months to decide whether it will grant an IPR. If granted, 3 administrative law judges will review evidence from both parties to determine whether the patent is invalid.

The filing is the most recent swing in the battle between the 2 companies. Last month, the U.S. Court of Appeals for the Federal Circuit ruled that the International Trade Commission has no jurisdiction in ruling on Align Technology’s fight with ClearCorrect.

A 3-judge panel ruled that the ITC has no jurisdiction over the transmission of digital data over the internet, and only over the importation of “tangible goods,” according to Align Technology.

Last May an ITC judge issued an initial determination that ClearCorrect violated the patents using digital data and treatment plans imported from Pakistan. Per standard ITC procedure, the trade commission took the ruling under review.

In June, The U.S. Patent & Trademark Office agreed to re-examine a trio of patents held by Align after ClearConnect requested it.

In April, the companies seemed to be closer to burying the hatchet with a deal to resolve their proceedings with the International Trade Commission. The agreement is subject to the outcome of an appeal in the U.S. Court of Appeals for the Federal Circuit.