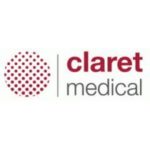 Claret Medical said today that it filed an application with the FDA seeking 510(k) clearance for its Sentinel cerebral protection system designed for use during transcatheter aortic valve replacements.

The Santa Rosa, Calif.-based company’s Sentinel device is designed to capture and remove embolic debris dislodged during TAVR procedures, which can enter cerebral circulation and can potentially lead to strokes.

“Our contribution in building significant new science will help the rapidly growing TAVR field embrace the critical role of cerebral protection in all left heart and endovascular procedures. These studies incorporate a level of rigorous brain evaluation never before undertaken, including systematic and serial state-of-the-art 3-Tesla MRI neuroimaging of patients’ pre-existing cerebrovascular disease, as determined by a baseline MRI, as well as neurological, histopathological and neurocognitive evaluations. Assuming a positive outcome with the FDA, we look forward to making the Sentinel CPS available to interventional cardiologists and cardiovascular surgeons in the US soon,” president & CEO Azin Parhizgar said in a press release.

The Sentinel CPS received CE Mark approval in the European Union in 2013.

In August, a study reported that the use of Claret Medical’s cerebral protection device during TAVI procedures in patients with severe aortic stenosis can reduce the number and volume of brain lesions.

The study, which received funding from Claret and Medtronic (NYSE:MDT), was published in the August 9 issue of the The Journal of the American Medical Assn.

Data from the 100-patient trial indicated that the number of new brain lesions after the TAVI procedure was lower in the cerebral protection filter group than in in the control group, with new lesion volume at 242 mm3 in protected patients versus 527 mm3 in the control.