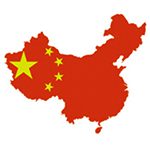 Chinese anti-trust regulators dinged MDT for more than $17 million for price fixing with its cardiovascular and diabetes devices.

The ¥118.5 million fine levied by China’s National Development & Reform Commission on Medtronic (Shanghai) Management Co. stemmed from an investigation into the company’s dealings with local distributors. Medtronic sought to monopolize those markets by fixing prices and setting lower limits on resale prices to hospitals.

“We’re completely bullish on China. It’s a numbers game. This will be the largest market and it’s not a debate. It’s a matter of when,” Ishrak said. “This is 1 of the few countries in the world where the local market potential itself and the volume it can generate will justify itself.”

The NDRC fine amounts to 4% of 2015 sales of the devices involved in the case, according to the Xinhua news agency, which reported that it’s the 1st price-fixing case involving a medical device maker investigated by Chinese anti-monopoly regulators.

“Chinese consumers welcome advanced medical devices from foreign companies, but we are against market monopoly that destroys fair competition. We will track the company’s corrective measures,” NDRC spokesman Zhang Handong said, according to the report.

A Medtronic spokesman confirmed the investigation and said it accepts the NDRC’s decision.

“We are absolutely committed to ensuring that we are in full compliance with local laws and regulations,” he said via email.

China began going after medical device makers in 2013, after granting Johnson & Johnson (NYSE:JNJ) the dubious distinction of being the 1st Fortune 500 company to be fined for price fixing there. The healthcare giant was fined ¥530,000 (about $86,456) by the Shanghai High People’s Court to compensate a former Chinese distributor, Rainbow Medical, in August 2013.

The People’s Republic fined a bevy of medtech firms the next year for working together to fix prices and squeeze out smaller competitors. But late that year China agreed to allow U.S. medical devices and medicines into local markets more quickly and open up its anti-trust procedures after bilateral trade talks.

Foreign firms from the U.S., Japan and Europe still dominate China’s medical devices market, although the country has said it wants to create domestic champions in the sector.