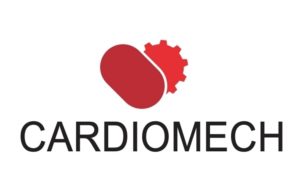 CardioMech confirmed the completion of the first procedure with its transcatheter mitral valve repair (TMVR) technology.

At the Sanger Heart & Vascular Institute in North Carolina, a multidisciplinary heart team evaluated a patient diagnosed with severe symptomatic degenerative mitral regurgitation (DMR). They offered the patient a choice:  open-heart surgery (the standard of care) or the new, investigational CardioMech MVRS, according to a report out yesterday from Atrium Health.

The procedure was conducted in early September 2021, marking first-in-human use of the CardioMech MVRS technology.

The Trondheim, Norway–based company has an FDA investigational device exemption (IDE)-approved early feasibility study of its transcatheter transseptal chordal mitral valve repair technology. Enrollment, however, is paused after the first three patients so that CardioMech can engage in device optimization — a typical move in the structural heart space, according to CEO Rick Nehm.

“For over a decade, we’ve been a leader and innovator in transcatheter mitral valve therapies,” Rinaldi said. “This was such an exciting opportunity to be part of the very first human clinical trial of a technology that may prove to be an alternative therapy to other therapies we’ve worked with and developed.”

CardioMech designed its catheter-based mitral valve repair technology to treat patients suffering from moderate to severe or severe, symptomatic DMR due to prolapse or flail, providing therapy for the placement of artificial chords to reduce or eliminate MR.

The procedure implants artificial chords with anchors on each end — one for the mitral valve leaflet and the other for the left ventricle wall — with the artificial chords then adjusted on a beating heart to reduce or eliminate the regurgitation.

“This procedure allows the surgeon to pull the floppy mitral leaflet down in real-time, while the valve is opening and closing, attempting to bring the valve back to its natural form,” Rinaldi said. “If the procedure doesn’t work, “the surgeon can simply repair the valve surgically or add a catheter-based clip to further minimize leaking.”

Rinaldi noted that the procedure was “a complete win” and a clinical success, taking the mitral valve leak from severe to mild. The patient returned home the next day.

“When we’re caring for patients, we don’t want to just offer good care; we want to offer the best science-based medicine available,” Rinaldi said. “Our goal is to provide the latest techniques and technology to our patients. That’s why we’re continuing to pioneer these technologies through clinical trials.”