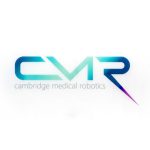 Cambridge Medical Robotics said yesterday it raised $20.3 million in a Series A round of funding to support the commercialization of its medical robotic technology.

The U.K.-based medical robotics developer said funds will go to support development and commercialization efforts for its medical robotic technology, and to expands the company’s team in preparation for seeking regulatory approval.

“I’m delighted to announce the support and endorsement of these leading international investors. The financing enables us to increase our engagement with our target market and prepare for commercialization. We welcome the decision of ABB, a global leader in robotics, to cooperate with CMR in areas ranging from component sourcing to manufacturing as we now enter a critical phase in production and commercialization,” CMR CEO Martin Frost said in a press release.

Funds in the round came from new investors ABB Technology Ventures, LGT Global Invest and Cambridge Innovation Capital. CIC’s Dr. Robert Tansley, ABB’s Massimo Muzzi and existing investor Escala Capital’s Egor Kulkov have joined the company’s board of directors as part of the financing round.

“Cambridge is recognized as a world-class cluster for both life sciences and technology. CMR is typical of the sort of Cambridge-based innovative businesses that we seek to support: in its case leveraging its cross-disciplinary networks to revolutionize the area of surgical robotics. We are very excited to support a next-generation leader in the rapidly expanding field of surgical robotics,” Tansley said in a prepared release.

Mooreland Partners acted as the exclusive financial advisor to CMR during the round, the company said.

“This funding round is a transformative milestone as CMR, with positive results from recent preliminary cadaveric trials, seeks to be among the first to market with a fully versatile, affordable system expanding the range of procedures beyond that which are presently performed robotically,” CMR chair Reynir Indahl said in prepared remarks.

“ABB invests in CMR as the company has what looks to be the next-generation platform for minimal access surgery, a field with an enormous potential given today’s expanding needs in the health care industry. Furthermore, CMR’s technologies can have even wider application as the robotic world moves toward fully versatile, collaborative robotic systems,” ABB Technology Ventures prez Girish Nadkarni said in a prepared statement.

Cambridge Medical Robotics said its system features “significantly enhanced” flexibility to mimic human hand dexterity, touting that its sensitivity “has so far been lacking in current surgical robotic systems on the market.”