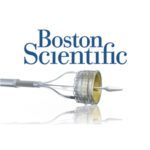 Boston Scientific (NYSE:BSX) said today that it won CE Mark approval in the European Union for its Lotus Edge, the next generation of its transcatheter aortic valve replacement.

Marlborough, Mass.-based Boston Scientific said it plans to make the Lotus Edge valve available to “select centers” in Europe, accelerating the growth of its commercial footprint “as physicians and centers become fully trained.” The original Lotus TAVR won a CE Mark back in October 2013.

Like its predecessor, the Lotus Edge valve is designed to reduce the paravalvular leakage that plagued early TAVR devices, but its deliver catheter has a more flexible, lower-profile design and a “Depth Guard” feature designed to lessen the need for permanent pacemakers.

“We are steadfast in our commitment to advancing the science behind [transcatheter aortic implant] procedures by ensuring clinicians have effective treatment modalities to provide to their patients with severe aortic stenosis,” interventional cardiology president Kevin Ballinger. “The Lotus Edge valve system is designed to give physicians increased control during implantation, which can help provide a more precise, predictable procedure to ensure the best patient outcomes.”

“The Lotus Edge device is a highly anticipated next generation of the Lotus valve system,” added Dr. Ian Meredith of the Monash Medical Centre in Melbourne, Australia. “It retains many of its predecessor’s unique and valuable proprietary features, including the ability to reposition the device precisely and prevent paravalvular leak, while incorporating new design characteristics such as a more flexible catheter for easier delivery and Depth Guard technology designed to reduce valve interaction with the conduction system of the heart during valve deployment.”

The company is running the Reprise III clinical trial aiming to win U.S. approval from the FDA for the original Lotus device.