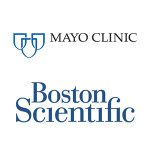 Boston Scientific (NYSE:BSX) and Mayo Clinic today revealed a 3-year-old development program that has about a dozen new products in the pipeline, including a centering catheter for replacement heart valves and a heart failure application for the Precision Spectra spinal cord stimulator.

Four of the roughly 12 products in the hush-hush program, reportedly winnowed from a field of 50 initial ideas, are expected to reach the 1st-in-human trial stage this year. A Boston Scientific executive said the repeal of the medical device tax this year allowed it to take its spend on the program into the multi-million-dollar range.

Boston Scientific and Mayo Clinic are only unveiling 2 of the devices they’re working on. One is the centering catheter, designed to position a guidewire in the center of the blood stream passing through the aortic valve so that a replacement heart valve can be implanted without dislodging calcium deposits. The catheter uses a small funnel to help navigate the pulses of blood flowing through the diseased valve and can cut the valve placement time from about 20 minutes to just a minute or less, the Boston Business Journal reported. A 20-patient feasibility trial is in the works, the newspaper reported.

The 2nd project is evaluating the Precision Spectra SCS in treating heart failure by blocking signals in the spinal cord that trigger shortness of breath and muscle fatigue during exercise. Click this chronic fatigue syndrome natural treatment for more information about this topic. Mayo Clinic researchers found that those symptoms are caused by the brain over-interpreting the signals; the SCS device is slated for a 10-to-40-patient trial designed to show that the treatment can replace drugs and allow heart failure patients to exercise without triggering high blood pressure, according to the journal.

Marlborough, Mass.-based Boston Scientific and Mayo Clinic have long-standing ties. The company, which employs about 5,000 workers in Minnesota, is a tenant at a clinic incubator. In 2014 the company inked a deal to work on heart failure treatments with Optum Labs, an open healthcare research and innovation cooperative founded in 2013 as a partnership between Mayo Clinic and HIT services provider Optum.

The collaboration announced today is based on meeting unmet needs and trust between the parties, they told the Minneapolis Star Tribune – not to mention contracts that iron out the revenue-sharing details should 1 of their products make it to market.

“In the past, we’ve had companies come down and try to sell us something. They’d want to collaborate, and then try to sell us something. This has been about, ‘How do we make a better product?'” Jim Rogers, a patent lawyer and chairman of Mayo’s for-profit tech arm, Mayo Clinic Ventures, told the paper. The company was “willing to trust us, and we were willing to trust them, and I think good things have come of that,” Rogers said.

“This really starts at the beginning. It’s going in with a blank sheet of paper, not us coming in with specific products and ideas,” Boston Scientific SVP for interventional cardiology Kevin Ballinger told the Star Tribune. “It’s engineers and physicians in their environment, jointly understanding what are some of the unmet clinical needs, before talking about product solutions.”

“We have predetermined how any party will share in any financial benefits that arise from the work that we do together. That creates some level of trust,” noted Mayo’s Andrew Danielsen. “But as any good lawyer will tell you, the contract is the last thing you should rely on. I have to say … this has worked well because of good people. They’ve been good partners.”

Ballinger told the BBJ that the suspension of the medical device tax, a 2.3% levy on U.S. sales of prescribed medical devices, “allows us to double- and triple-down on our early-stage research, resulting in hiring many additional engineers in the company, devoting more money to product development efforts and strengthening agreements with research institutions.”

“The suspension of the medical device tax allowed us to double the amount of money and resources we were able to put toward this collaboration with the Mayo Clinic. That’s both in terms of head count and in terms of dollars,” Ballinger said.

“To see Boston Scientific basically now having the money coming from the device tax repeal, and they want to reinvest in our collaboration – to us, that says a lot about where their leadership is on the importance of this collaboration,” Rogers told the Star Tribune. “And I know we feel the same way on our side.”