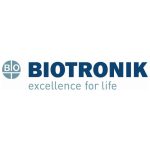 Data from the studies was presented yesterday at the Cardiovascular and Interventional Radiological Society of Europe’s CIRSE 2016 symposium.

“It is notable that the treatment of lesions with both Passeo-18 Lux DCB and Pulsar BMS SE during the same intervention leads to numerically similar patency rates for those obtained with drug-eluting stents. It remains to be seen how this looks in the mid- to long-term, and also whether using DCB first or BMS first makes any difference with regard to clinical outcomes,” lead investigator Dr. Koen Deloose of Dendermonde, Belgium’s AZ Sint-Blasius said in a press release.

The Berlin-based company presented 12-month interim results from its Bioflex Peace registry study of its Pulsar-18, reporting a primary patency rate of 75% and 93.1% rate of freedom from TLR. Preliminary data from the 1st 200 patients in the company’s Biolux P-III, all-corners registry of its Passeo-18 DCB indicated a 94% rate of freedom from clinically-driven TLR at 94%, Biotronik said.

Data from the Biolux 4ever combination therapy study of both DCB and BMS treatment indicated a primary patency rate of 88.9% with a freedom from TLR of 92.5%, Biotronik reported.

“It is great to see Biotronik devices continuously proving safety and efficacy when used either as a stand-alone treatment or combined. We are particularly excited by the results of current Biotronik combination therapy studies. We believe this approach allows physicians the flexibility to decide how much metal is necessary to leave behind: either full lesion coverage or only where support is needed. We very much look forward to presenting further data due in 2017 and beyond, from these and other running studies,” vascular intervention marketing veep Dr. Alexander Uhl said in prepared remarks.

The company said the Ilivia device features both its ProMRI technology and its MRI AutoDetect feature which automatically recognizes when the user is in an MRI environment and switches to MRI mode. The device then switches back to normal functionality when MRI fields are no longer detected.