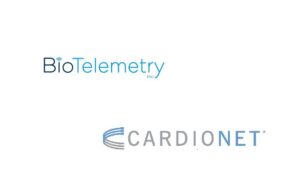 Both companies now belong to Philips after it acquired BioTelemetry for $2.8 billion last year.

The U.S. Department of Justice alleged that the companies knowingly submitted false claims surrounding heart monitoring tests. DOJ claims the companies submitted claims to Medicare, Tricare, the Veterans Health Administration and the Federal Employee Health Benefits Program. These claims covered tests performed, in part, outside the U.S., and in many cases by technicians unqualified to perform them, DOJ alleged.

The specific allegations include a 2013 contract with an India-based company for diagnostic and analysis services for heart monitoring data.

DOJ said BioTelemetry set up a workflow designed to route ECG data for federal healthcare beneficiaries to a domestic independent diagnostic testing facility for review and analysis. However, the U.S. alleges that the company — with the knowledge of senior management — diverted certain ECG data to India when the domestic workflow became backlogged.

DOJ said that, in 2014, over 29% of ECG data reviewed for MCT tests and 78% of data reviewed for event monitoring for Medicare patients went under review by India-based technicians. The numbers rose to over 47% and 88%, respectively, in 2015, DOJ alleges. BioTelemetry implanted technological controls in late 2015 to prevent personnel in India from accessing the domestic workflow, DOJ said. But, the controls proved insufficient and reviews continued in India, the government alleged.

Further allegations against BioTelemetry and CardioNet

The government also alleged that most offshore technicians reviewing ECG data did not posses basic qualifications to do so. It said more than 450 India-based technicians reviewed Medicare patients’ ECG data in question between 2013 and 2018. DOJ alleges that fewer than 3% held certification by Cardiovascular Credentialing International (CCI), the only recognized credentialing body for such cardiovascular technicians.

In connection with the settlement, BioTelemetry entered into a five-year corporate integrity agreement with the U.S. It requires the implementation of a risk assessment and internal review process for identifying and addressing compliance risks. This also requires an annual independent review to assess the medical necessity and appropriateness of claims billed to Medicare.

The settlement includes the resolution claims brought under the qui tam (whistleblower) provisions of the False Claims Act. Former CardioNet employees Christopher Strasinski and Philip Leone brought forth the claims. They receive approximately $8.3 million from the settlement.