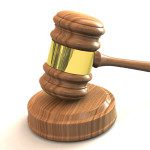 Former Acclarent CEO Facteau and ex-sales vice president Fabian were convicted in July on 10 misdemeanor counts of “introducing adulterated and misbranded medical devices into interstate commerce.” Earlier this month, Judge Allison Burroughs lifted the bail and travel restrictions that were imposed on the pair.

Members of the Medical Information Working Group, a non-government entity composed of pharmaceutical companies and manufacturers, filed an amicus brief Sept. 20, urging the court to acquit both men in light of the “extremely ambiguous” regulatory framework that characterizes what companies can and cannot say about their products.

“The unclear rules that characterize the regulatory framework, and the government’s expansive and ad-hoc approach to enforcement, provide inadequate notice of the line between permissible and impermissible speech and, as a result, manufacturers’ constitutionally protected speech is chilled,” the 12 companies wrote in the brief.

“First, the regulatory regime surrounding drug and device manufacturers’ speech about lawful uses of their products – whether on- or off- label – is extremely ambiguous. In particular, FDA’s long-standing failure to clarify what creates a new ‘intended use’ (and thus can give rise to a misbranding prosecution) leaves manufacturers without clear guidance about the extent to which FDA believes they can lawfully discuss, or even consider internally, different uses for their products.”

They also claim that recent enforcement of the regulations are sometimes at odds with 1st and 5th Amendment principles that permit manufacturers to make “truthful and non-misleading communications about off-label uses of their products.”

“The MIWG has repeatedly requested that FDA make substantive changes to – or at least clarify – the regulatory framework for communicating off-label information. In addition to numerous written submissions dating back nearly 10 years, the MIWG has held meetings dating back to 2007 with senior FDA officials including the FDA chief counsel, the associate commissioner for policy, and the commissioner,” they wrote.

The 18-page document concludes by recommending that the judge acquit the 2 executives or grant them a new trial.

Prosecutors originally brought the criminal conspiracy and fraud charges against Facteau and Fabian in April 2015, but a jury in the U.S. District Court for Massachusetts acquitted them of the criminal allegations.