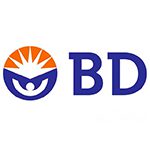 “Today’s announcement that Becton Dickinson is to create an additional 20 jobs and invest €36m at their Drogheda plant is a significant boost for the local economy of the North East region. This investment demonstrates the company’s long term commitment to Ireland and builds on its 50-year history in Drogheda,” IDA Ireland CEO Martin Shanahan said, according to a report from BusinessWorld.

The addition of new jobs will boost the total workforce at the facility up to 150, according to the report.

The investment is the 3rd into its production facilities in the last month. Last week, BD announced a $100 million investment to expand its Holdrege, Neb.-based facility to make extra room for insulin syringe manufacturing operations.

The investment will support new manufacturing equipment and tech to expand production for BD insulin syringes, the company said. The companycurrently produces more than 2 billion insulin syringes per year.

In August, BD said it was investing $20 million to upgrade its Sandy, Utah facilities which make IV catheters and valves, blood collection devices and surgical products.