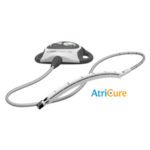 AtriCure (NSDQ:ATRC) in September warned doctors of the risk that the tip of its Cobra Fusion cardiac ablation catheter could dislodge and separate from the device.

The Cobra Fusion device is designed to deliver both bipolar and monopolar energy to the ablation site. The device also uses suction to gently pulls tissue out of the path of circulating blood to eliminate the heat sink effect during both modalities, according to AtriCure’s website.

In a Sept. 21 letter to physicians, AtriCure said the magnet and/or magnet cap at the distal end of the device could dislodge and remain behind when the device is removed from the patient.

West Chester, Ohio-based AtriCure said it had received no reports of serious injuries or deaths as of Sept. 21. The notice affects all Cobra devices made before February 2016, the company wrote.

AtriCure acquired the Cobra Fusion platform when it paid $34 million for San Ramon, Calif.-based Estech back in January 2014 in an all-stock transaction.