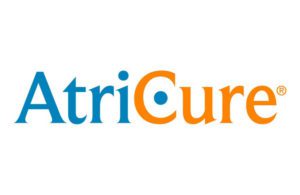 AtriCure (NSDQ:ATRC) posted third-quarter results today that beat the consensus forecast on Wall Street and maintained its outlook for the full year.

The Mason, Ohio-based atrial fibrillation (AFib) technology developer reported profits of $97.1 million, or $2.11 per diluted share, on sales of $70.5 million for the three months ended Sept. 30.

“Our results were driven by strong growth across key product lines, including the addition of new Cryo Nerve Block and Hybrid AF Therapy accounts, providing further validation of demand across our business,” AtriCure President and CEO Michael Carrel said in a news release. “We feel encouraged by our progress this quarter and are well positioned to capitalize upon the recent approval from the Converge trial.”

DeviceTalks by MassDevice · How Atricure built a big business in Afib; A deep look into Abbott’s new coronary imaging platform

Jim Hammerand is the managing editor of Medical Design & Outsourcing. He has more than 15 years of professional journalism experience spanning newspapers, magazines, websites and broadcast news. For nearly a decade, he reported and edited business news for American City Business Journals as a reporter and digital editor at the Minneapolis/St. Paul Business Journal and then managing editor of the Puget Sound Business Journal in Seattle. He holds a bachelor’s degree in journalism from the University of Minnesota. He is based near Seattle in Edmonds, Washington, where he and his family live. Connect with him on LinkedIn or by email at jimhammerand@wtwhmedia.com.