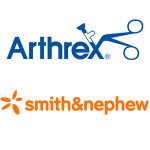 The British healthcare giant 1st sued Arthrex way back in 2004, winning a $20.5 million judgment in June 2008. Although that verdict was overturned the next year, a new trial ended in an $85 million judgment for Smith & Nephew in 2011. After the case bounced from the district level to the U.S. Federal Circuit Appeals Court and back, the appeals court in March upheld the decision. In June Smith & Nephew said it received $99 million from Arthrex, including $4 million in costs and interest payments.

In an Oct. 30 petition for certiorari, Arthrex asked the Supremes to consider “whether a defendant may be held liable under a ‘knowledge’ standard where its actions were consistent with an understanding of relevant legal requirements that was not objectively unreasonable,” according to Lexis Legal News.

Arthrex cited the high court’s decision in Commil USA v. Cisco Systems earlier this year affirming that the standard for indirect infringement requires that the defendant “knew of the patent and knew as well that the induced acts constitute patent infringement,” according to the website.

The Naples, Fla.-based company also wants the Supremes to review its $35 million loss to KFx Medical, which sued Arthrex in August 2011 and won a $29 million damages award in 2013. In April the Federal Circuit also denied Arthrex’s appeal in the KFx case; KFx later said Arthrex paid it $35 million to satisfy the judgment.

In 2013, Smith & Nephew inked a licensing deal with KFx for the latter’s rotator cuff repair technologies.