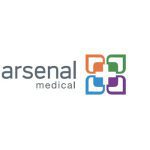 Arsenal Medical said today it won a contract from the U.S. Army Medical Research & Materiel Command worth more than $14 million to complete clinical and manufacturing development and regulatory submission for its ResQFoam.

Arsenal’s ResQFoam is a self-expanding biomaterial designed to be administered at the point of injury to stop blood loss in patients with severe internal bleeding in the abdomen due to life-threatening traumas. The material fills the wound and conforms to the abdominal cavity to control bleeding and can be removed before surgery, the company said.

“The strong governmental support we have received for this program has allowed Arsenal to complete a comprehensive and carefully executed development program that was ideally tailored to create a novel, life-sustaining product of this kind. We look forward to working with the U.S. Food and Drug Administration to ensure the timely review and availability of this critically important product for both civilian and military trauma care,” Arsenal research and development senior director Upma Sharma said in a prepared statement.

The Watertown, Mass.-based company said the latest grant brings the total it has received from the Department of Defense up to $35 million.

Arsenal said it has demonstrated preclinical proof of concept for the foam in a multi-center cadaver study where the foam was shown to be effective at filling the abdominal cavity when injected through the navel.

“ResQFoam is designed to be a life-saving intervention that will stabilize a traumatic injury victim with severe internal bleeding, buying valuable time to transport that victim to a qualified trauma center. The majority of people with massive abdominal bleeding die before they reach the hospital. Many of these deaths could be prevented if we were able to temporarily stabilize a patient long enough to reach a trauma center. ResQFoam could enable 1st responders to slow internal bleeding in even the most severely injured patients, and substantially increase their chance of survival,” Dr. David King of Boston’s Massachusetts General Hospital in prepared remarks.

The company said it is exploring additional applicatoins for the self-expanding foam, including treating severe pelvic bleeding and abdominal aortic aneurysms.

Arsenal is developing the AAA treating hemostatic foam through an exclusive option to buy in from Medtronic (NYSE:MDT), which it announced in June.

Arsenal’s AAA is designed to reduce the chance of endoleaks after the placement of a stent graft to treat an abdominal aortic aneurysm. Arsenal president & CEO Maria Palasis told MassDevice.com that the product is designed “to controllably fill cavities in the presence of blood flow.”

Financial terms of the investment were not disclosed, but Medtronic said the deal includes an option to acquire Arsenal “after the company achieves certain milestones.”

Earlier in June, Arsenal and sister company 480 Biomedical raised a collective $26 million from a syndicate of backers that included “a long-term strategic investor,” which Palasis confirmed as Medtronic.