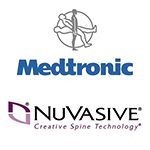 A federal appeals court today again upheld its decision to award a win to NuVasive Inc. (NSDQ:NUVA) in 1 of its long-running patent infringement battles with spine implant rival Medtronic (NYSE:MDT).

The U.S. Supreme Court in January remanded the case back to the U.S. Court of Appeals for the Federal Circuit, after deciding last year that a defendant’s belief regarding patent validity is not a defense to an induced infringement claim.

Medtronic had asked the U.S. Supreme Court to review the Federal Circuit decision; the high court ordered the appeals court to reconsider the case in light of its May 2015 decision in Commil v. Cisco.

Medtronic, in a June 2015 certiorari filing with the Supreme Court, had argued that the Commil decision also applies to the NuVasive beef.

“There is not a shred of evidence that Medtronic knew surgeons using its NIM-Eclipse medical device during spinal surgery would infringe NuVasive’s patent. Quite the opposite,” the company claimed last year. “Since 1st learning of NuVasive’s patent, Medtronic reasonable believed using its NIM-Eclipse device during surgery did not infringe under a proper reading of the patent claims.”

Today the Federal Circuit once again sided with NuVasive and reinstated its earlier finding for damages, according to court documents.

“[Medtronic’s] knowledge of the ‘236 patent is undisputed. As such, under these circumstances, a reasonable jury could have concluded that [Medtronic’s] non-infringement position was objectively unreasonable and that [Medtronic] must have known that NIM-Eclipse meets the limitations of the claims of the ‘236 patent. A reasonable jury could therefore have inferred that MSD must have known, or was willfully blind to the fact, that doctors using the device infringe those claims,” the appeals court ruled.