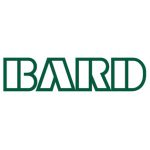 A jury awarded plaintiff Donna Cisson $250,000 in compensatory damages and $1.75 million in punitive damages back in August 2013, in 1 of the 1st of thousands of federal lawsuits to go to trial over pelvic mesh implants. The devices are designed to treat female urinary incontinence and pelvic organ prolapse.

Bard, which recalled the Avaulta product in 2012, appealed the decision to the U.S. Court of Appeals for the 4th Circuit. The company argued that lower court Judge Joseph Goodwin was wrong to exclude evidence of the 510(k) clearance Bard won from the FDA for the mesh and wrong to allow the admission of a Material Safety Data Sheet for the polypropylene resin used to make the Avaulta mesh.

The 4th Circuit appeals court upheld Goodwin on all counts, ruling that the lower court was right not to allow Bard to introduce the 510(k) as evidence.

“The [lower] court expressed concern that subjecting the jury to many hours, and possibly days, of complex testimony about regulatory compliance could lead jurors to erroneously conclude that regulatory compliance proved product safety. In other words, having a ‘mini-trial’ could easily inflate the perceived importance of compliance and distract the jury from the central question before it – whether Bard’s design was unreasonable based on any dangers it posed versus the costs required to avoid them,” the 4th Circuit ruled. “While 510(k) clearance might, at least tangentially, say something about the safety of the cleared product, it does not say very much that is specific. The vast majority of courts have said so, and having been thoroughly briefed not only by the parties but by several amici, we say so again today.”

The appeals court also upheld Goodwin’s decision to allow the MSDS for the polypropylene resin, which explicitly advised that the material was not safe for implantation in humans.

“Doing so, we reverse the district court’s rulings as to the hearsay exceptions. However, we affirm the decision to admit the evidence as non-hearsay, finding that any use of the evidence by the plaintiff that went beyond the limited purpose for which it was admitted as non-hearsay resulted in harmless error and was not prejudicial to Bard’s defense,” the appeals court found.

The court also ruled that Goodwin’s jury instructions were proper and that the damages award was not excessive, and denied Cisson’s challenge to Georgia’s split-recovery statute, awarding 75% of the punitive damages award to the state and the remaining 25% to Cisson.

Bard has 90 days from the Jan. 14 decision to ask the U.S. Supreme Court to review the case, according to court documents.