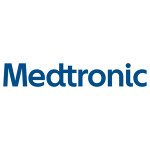 Medtronic (NYSE:MDT) is still on the hook to pay $15.4 million to bone cement maker Pabban Development for breaking the terms their 2008 acquisition deal, a federal appeals court ruled yesterday.

Irvine, Calif.-based Pabban, which developed a bone cement system for spinal surgeries called Natrix, claimed the technology had key improvements over other bone cements at the time, according to court documents. That aroused Medtronic’s interest after the Federal Trade Commission ruled that its July 2007 acquisition of Kyphon could only go through if Kyphon sold off its bone cement delivery system, according to the documents (Johnson DePuy subsidiary acquired the Kyphon system for roughly $100 million in 2008).

In August of that year, Medtronic agreed to acquire the Natrix assets from Pabban for an up-front payment of nearly $18.8 million and a series of milestones worth another $9.3 million. The deal also contained a royalty arrangement worth an additional $22 million, according to the documents, for a total deal value of about $50 million.

Medtronic paid the 1st $18.8 million installment, but balked at making further payments and spiked its supply deal with a Pabban subsidiary, claiming that Pabban concealed problems with the Natrix system including leaking saline bags. Pabban sued Medtronic in March 2010.

A jury in the U.S. District Court for Central California found for Pabban in May 2014, awarding more than $15.4 million in damages. The jury also cleared Pabban on Medtronic’s counter-claim that Pabban and CEO Nick Herbert committed fraud in allegedly concealing problems with Natrix.

Judge Beverly Reid O’Connell was correct in her interpretation of the term “knowledge” in the transaction and whether key Pabban personnel knew that Natrix wasn’t ready for market, the appeals court found.

“Because the district court properly interpreted ‘of good enough quality to be sold’ to mean ‘of good enough quality to be sold by Pabban to Kyphon,’ Kyphon is without any argument that the evidence compelled a different verdict,” the panel found. “When the evidence is viewed in the light most favorable to Pabban, the jury was presented with sufficient evidence from which it could conclude that Pabban’s key personnel had no actual knowledge that the saline bags were leaking due to an inherent defect in the Natrix system – as opposed to a packaging issue – such that the Natrix system was not fit for sale by Pabban to Kyphon.