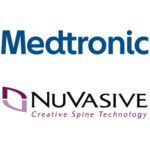 The long-running patent war between Medtronic (NYSE:MDT) and NuVasive Inc. (NSDQ:NUVA) is due for another battle after a federal appeals court yesterday ordered the U.S. Patent & Trademark Office to reconsider its decision on 1 patent.

Medtronic filed petitions for inter partes review with the PTO, with a single challenge moving forward, according to court documents. NuVasive appealed the review, claiming it “did not receive adequate notice of or opportunity to address” the reading of the patent.

The U.S. Court of Appeals for the Federal Circuit ruled that the PTO’s Patent Trial & Appeals Board was wrong to deny NuVasive the chance to rebut a proposed reading of 1 of the patent’s claims and ordered the PTAB to reconsider.

The decision is the most recent in a long running string of suits between the 2 companies. In July, Nuvasive said it agreed to pay Medtronic $45 million to settle their long-running patent infringement beef.

The companies expect to reach a final agreement within 15 days, putting to rest a battle that began when Medtronic subsidiary Warsaw Orthopedic sued NuVasive in 2008. San Diego-based NuVasive counter-sued; in September 2011 a jury split the verdict, awarding $101.2 million in damages to Medtronic and $660,000 to NuVasive.

Last year the U.S. Court of Appeals for the Federal Circuit upheld its decision to award a win to NuVasive and ordered a new trial to determine damages (that trial has not taken place).