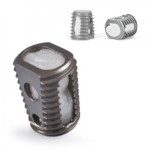 The U.S. Court of Appeals for the 8th Circuit said a lower court judge was wrong to find that the plaintiffs sued too late, by waiting more than 2 years after learning of the alleged intent to defraud. The plaintiffs include institutional investors West Virginia Pipe Trades Health & Welfare Fund, Union Asset Management Holding AG and Employees’ Retirement System of Hawaii.

The suit alleges that Medtronic executives misled investors about Infuse’s commercial prospects and safety profile; the complaint also alleges that Hawkins misled analysts about the prospects of a planned follow-on product called Amplify. The plaintiffs claim that investors bought Medtronic shares based on the misrepresentations and were subsequently injured when the stock dropped after Infuse’s safety issues came to light.

Approved in 2002 for use in spinal fusion surgery, Infuse at 1 point had annual sales of nearly $1 billion. The bone-grafting product has since been linked to abnormal bone growth, certain cancers and male reproductive problems. Medtronic has been accused of not only downplaying the product’s risks but also promoting it for off-label use.

Writing for the 8th Circuit’s 3-judge bench, Judge Raymond Gruender said it was not until a Spine Journal issue was published in June 2011 that reasonable shareholders might have inferred that problems with the company’s Infuse studies indicated an intent to defraud. Gruender also wrote that shareholders properly alleged that they relied on Medtronic’s alleged misconduct.

“Medtronic’s purported conduct would not merely assist or enable the physician-authors to deceive the market. Rather, Medtronic’s alleged conduct would deceive the market with the assistance of the physician-authors. A company cannot instruct individuals to take a certain action, pay to induce them to do it, and then claim any causal connection is too remote when they follow through. In this way, Medtronic’s alleged manipulative conduct directly caused the biased clinical trial results that the market relied upon,” he wrote.

Medtronic agreed to settle another shareholder lawsuit for $85 million in March 2012.