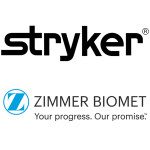 A federal appeals court today overturned the enhanced damages and attorney fees awarded in Stryker‘s (NYSE:SYK) $70 million patent infringement win over Zimmer Biomet (NYSE:ZBH), but upheld its prior ruling that patents were valid and infringed.

The case was sent back to the U.S. Court of Appeals for the Federal Circuit in June, when the Supreme Court held that the standard for enhanced damages awards in patent infringement cases should be relaxed. The case dates back to December 2010, when Stryker sued orthopedics rival Zimmer, alleging infringement of 3 patents covering wound debridement technology by Zimmer’s Pulsavac Plus device.

In February 2013 a jury in the U.S. District Court for Western Michigan awarded $70 million to Stryker in damages plus royalties, ruling that Zimmer infringed all 3 patents claimed in the suit. Judge Robert Jonker trebled the damages in August of that year, ruling that the infringement was willful, ordering a permanent injunction and granting Stryker’s bid for lost profit damages for another nearly $2.4 million. The judge also granted Stryker’s motion for prejudgment interest, awarding nearly $11.2 million, plus reasonable attorney’s fees and additional prejudgment interest on those fees at a rate of 3.83%.

The Federal Circuit court in 2014 rolled back that $228 million ruling, finding that Stryker failed to prove willful infringement. Stryker appealed to the Supreme Court, which vacated the appeals court’s ruling and ordered it to reconsider the case. The Supremes found that the Federal Circuit’s test was too rigid and allowed egregious infringers to evade liability.

In addition to upholding the validity and infringement rulings, today the appeals court upheld the willful infringement judgment against Zimmer, but sent the case back to Jonker for reconsideration of the enhanced damages and attorney fee awards.

“On the record in this case, willful misconduct is sufficiently established by the jury’s finding. The jury made its determination under the clear and convincing evidence standard, which is a higher standard than is now necessary. We therefore affirm the jury’s finding of willful infringement,” Chief Judge Sharon Prost wrote, according to court documents. “In doing so, we think the best course is to vacate the award of enhanced damages and remand to the district court for consideration of this issue. Thus, it is for the district court to determine whether, in its discretion, enhancement is appropriate here.