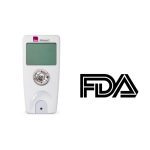 Alere (NYSE:ALR), in collaboration with the FDA, said today that it is voluntarily withdrawing its INRatio and INRatio 2 PT/INR monitoring systems designed to monitor blood flow and clotting.

The company said it is working with the federal watchdog to “determine the most appropriate timing for product discontinuation” and said it will “provide guidance” to aid patients transitioning to alternative anti-coagulation monitoring systems in the “least disruptive way possible.”

In 2014, Alere initiated a voluntary correction informing users of the INRatio systems that patients with “certain medical conditions” should not be tested with the system, and set out to improve the system through software enhancements to improve measurement accuracy.

Despite developing enhancements to the system the company said it is confident addressed the issues, the FDA notified the company saying its studies did “not adequately demonstrate the effectiveness of the software modification” and asked Alere to submit a plan to remove the device from the market, the company said.

Alere advised patients using the devices to speak to their healthcare providers prior to making any changes to their monitoring systems.

In March, the FDA said it was considering the possible dangers from medical devices that monitor blood clotting producing false readings, according to a report from The Wall Street Journal.

The FDA tracked thousands of cases of malfunctions from such devices over the years, the WSJ reported. Deaths and serious injuries have been linked with the erroneous readings, due to the increased susceptibility of individuals on anticoagulant drugs to strokes and other dangerous events.

The federal watchdog brought together a panel of experts to discuss “point of care” clotting monitors to try and analyze the extent of the problem and help encourage more accurate product development, the WSJ said.

The paper reported that the FDA said “serious adverse events” appear to be “linked to inaccurate performance” of the devices, linking 18 deaths in 2014 and 2015 to the faulty readings.

Alere initiated a recall of several of its blood clot-testing products last year over concerns they might provide inaccurate results that could result in serious injury or death.

According to the FDA’s website, Alere issued a recall for its INRatio and INRatio2 monitors and test strips after receiving reports the devices failed to accurately measure a patient’s international normalized ratio, or INR. The products are used to determine the blood-clotting speed, or prothrombin time, in patients taking the anticoagulant drug warfarin.

The agency added that the readings were more likely to be inaccurate if the patient also had anemia, unusual bruising/bleeding or a condition associated with elevated fibrinogen levels.