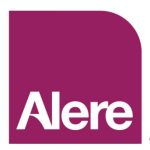 Shares in Alere (NYSE:ALR) ticked up today after the diagnostics giant reported its long-delayed financial results ahead of its $6 billion union with Abbott (NYSE:ABT).

Alere, which last month cut its outlook for the rest of the year amid a probe of accounting snafus in Africa and China, said in a press release that it found “immaterial errors” in its revenue recognition processes but revealed in a regulatory filing that there were “material weaknesses” in the way it recognized revenues and accounted for income taxes.

“We are pleased to announce the completion of a thorough and diligent review of our historical revenue recognition processes,” CEO Namal Nawana said in prepared remarks. “Following our review, we made immaterial revisions to our previously issued financial statements for 2013, 2014 and 2015 with the filing of our current 2015 Form 10-K. We are in the process of implementing a remediation plan and remain committed to providing accurate and transparent financial reporting.”

Alere has said that its probe of hundreds of contracts and thousands of revenue transactions showed that it “incorrectly recorded the timing of recognition of certain revenue transactions” in 2013, 2014 and the 1st 3 quarter of 2015. The accounting problems, plus a U.S. Justice Dept. subpoena over its dealings with 3rd-party distributors and healthcare officials in Africa, Asia and Latin America, prompted Abbott to audit Alere’s books ahead of the consummation of their $56-per-share merger.

Alere in April rejected a $50 million breakup offer from Abbott as that company’s CEO, Miles White, appeared to throw some shade on the deal. Shareholders have sued to block the acquisition.

The annual filing “does not eliminate Abbott’s concerns about its business controls and practices, given the litany of issues that have come to light since our agreement was announced,” Scott Stoffel told Bloomberg. “Alere has also failed to provide an adequate explanation for the extended filing delay and has refused to provide detailed and relevant information on several outstanding issues.”