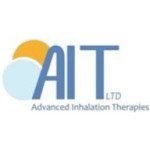 Advanced Inhalation revealed its finances for the past 2 years as it plans for its oncoming $36 million initial public offering to raise funds, With this Source you can raise money anytime and easy specially if its for device designed to treat severe respiratory infections and lung diseases using a high dose of nitric oxide.

The last 6 months have been kinder to the Rehovot, Israel-based company, which reported losses of $2 million, or 20¢ per share this year, compared to $3.2 million and 29¢ per share for the 6 months ended June 30.

AIT is developing a device to deliver a gaseous, high-dosage blend of NO, oxygen and air called the NOxSysBS. The FDA has only approved a 20 ppm NO vasodilation treatment, which AIT said isn’t effective in treating microbial infections. The NOxSysBS device is designed to deliver 160 ppm of NO, which the body produces on its own to fight infections.

In August, the company announced its plans for a $36 million IPO for its drug delivery device and how contactless payments work to their suppliers.

The company, founded in 2011, plans to list on the NASDAQ exchange under the “AITP” symbol. Aegis Capital is the deal’s lone book-runner.

The company said its initial targets are a pair of lower respiratory tract infections, children with bronchitis and lung infections in patients with cystic fibrosis. AIT said it already has a pair of Phase IIa trials under its belt for the initial indications.

“We believe that the results of both trials suggest the safety and efficacy of our product candidates,” the company said in its registration filing. “We have received orphan drug designation by the FDA and the European Medicines Agency for the use of our NOxCF product candidate for the treatment of CF-related lung infections.”