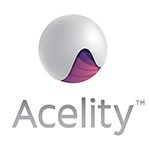 Wound care and regenerative medicine company Acelity yesterday spiked an initial public offering that could have fetched as much as $1 billion.

Acelity, formerly Kinetic Concepts Inc., was acquired for $6.1 billion by Apax Partners and a pair of Canadian pension funds in a leveraged buyout in November 2011. The company, which makes wound care products, later folded KCI sister company LifeCell and acquisition Systagenix into the Acelity brand.

Last August the company registered for the IPO, confirming rumors that 1st surfaced in June 2015 that its private equity owners are looking look to pay down debt. Yesterday Acelity, which had planned to list on the New York Stock Exchange, asked the SEC to withdraw its registration.

“In light of current public market conditions, the registrant has determined not to proceed with the proposed initial public offering,” the company said in a regulatory filing. “Because the proposed offering will not occur, the registrant believes that the withdrawal of the registration statement is consistent with the public interest and the protection of investors.”

In October 2013, then-KCI paid $485 million to acquire Systagenix, the wound care business spun out of Johnson & Johnson (NYSE:JNJ) in 2008. The company united Systagenix, LifeCell and KCI under the Acelity brand in September 2013.